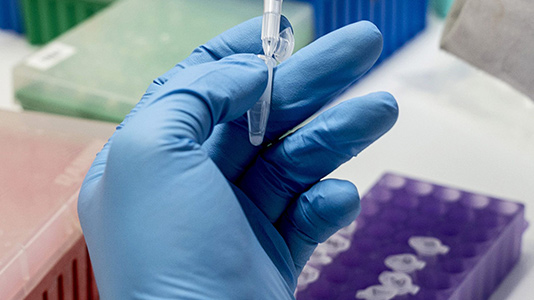 Bluebird’s Zynteglo was authorized in Europe for patients 12 years and older afflicted with a rare condition called beta thalassemia, the Cambridge, Massachusetts-based company said Monday in a statement. While the company didn’t specify a price, it has said that costs for the one-time therapy will be capped at $2.1 million.

Drug companies including Bluebird and Novartis are seeking to overcome a slow financial start for the sector. Only a handful of patients received Strimvelis, a $665,000 treatment for a rare immune disorder, before GlaxoSmithKline Plc offloaded it to Orchard Therapeutics Plc, and UniQure NV in 2017 withdrew its $1 million gene therapy for another rare condition because of extremely limited use.

Gene therapies offer potential cures for a range of devastating diseases, aiming to fix their root cause with a single dose. While prices are high, manufacturers have proposed spacing out costs over time. Governments and insurers are still trying to figure out how to pay for the treatments and facing uncertainty over long-term benefits and safety.

Bluebird, which expects approval in the U.S. in 2020, said earlier this year that it plans to make as much as 80% of the therapy’s cost dependent on its performance over a period of up to five years. The drugmaker said it will carry out a country-by-country effort to gain reimbursement and that it’s required to provide annual updates on clinical studies as part of the European approval.

In an interview in March, Bluebird Chief Executive Officer Nick Leschly signaled that getting countries to agree to pay for the therapy could take some time. European nations may grant coverage over six months to two years, with Germany possibly coming first, he said at the time. The company has a manufacturing site in Munich and has arranged nine treatment centers in Europe, including four in Italy and three in Germany.

Beta thalassemia occurs when an inherited genetic mutation reduces the ability of red blood cells to carry oxygen throughout the body. Severe cases are treated with transfusions, and in Italy, where the condition is relatively common, about 6,500 patients require the procedure regularly, the company said. Shares of Bluebird rose as much as 4.4% in New York.

Novartis’s Zolgensma, the first multimillion-dollar drug in the U.S., was approved last week to treat children under two years old who have a severe illness called spinal muscular atrophy. The company has also said it plans to offer refunds to patients when the treatment fails to work.