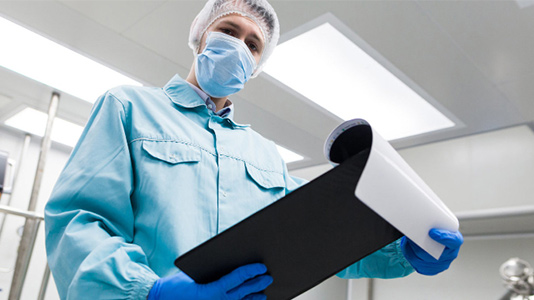 While there remains a shortage of skilled workers, the manufacturing capacity available to the cell and gene therapy marketplace has turned a proverbial corner, entering an era of prolific growth.

Aggressive construction of cell and gene therapy manufacturing facilities is now being undertaken by biotech companies seeking their own production capabilities, as well as by Contract Development and Manufacturing Organizations (CDMOs) who plan to serve third-party clients.

In the latest news released May 29, 2019, Iovance Biotherapeutics, Inc.(NASDAQ:IOVA), a late-stage biotech company headquartered in San Carlos, California, announced that it signed a lease agreement to construct a 136,000 sq. ft. manufacuturing facility in Philadelphia, Pennsylvania. The $75 million facility will allow for clinical-grade production of the company’s autologous tumor-infiltrating lymphocyte (TIL) products, including lifileucel.

In similar news, AveXis (a Novartis-owned company) announced it is investing $55 million to construct a manufacturing plant in Durham, North Carolina, where it will produce AVXS-101, a gene therapy for the treatment of spinal muscular atrophy. In February 2019, AveXis added the news that it will invest an additional $60 million to allow for the production of its second gene therapy product, AVXS-101 (Zolgensma). AVXS-101 is positioned for probably U.S. FDA approval in late 2019 or early 2020.

Farther up the Eastern seaboard, ElevateBio is leveraging recent investor funding of $150 million to construct a 100,000 square-foot CDMO facility in Cambridge, Massachusetts, which it calls BaseCamp. BaseCamp will provide R&D and manufacturing facilities to ElevateBio’s portfolio companies and strategic partners. In addition to acting as a CDMO, ElevateBio plans to invest in its partner companies, acting as an investment holding company.

FUJIFILM Cellular Dynamics, Inc. (FCDI), a US subsidiary of FUJIFILM Corporation, announced in January 2019 it is spending $21M to open a new cGMP-compliant production facility in Madison, Wisconsin. The facility will support its internal cell therapeutics pipeline, as well as serve as a CDMO for iPS cell products. The goal of this cGMP-compliant production facility is to industrialize iPS cell manufacturing for regenerative medicine therapies. It is scheduled to initiate manufacturing operations in March 2020.

Of course, WuXi constructed a Center for Clinical and Commercial Manufacturing of Advanced Therapies in the Philadelphia Navy Yard in Pennsylvania, which it opened in late 2016. As stated by the company: “The 150,000 square foot biomanufacturing facility is designed for cell therapy products that utilize viral vectors such as CAR T cell therapies. In addition, the facility will permit expansion of viral vector manufacturing to support gene therapy clinical and commercial programs and will permit large scale production in 2,000L single-use bioreactors.

The new facility will supplement WuXi’s existing 20,000 square-foot cGMP cell therapy manufacturing facility, as well as a 50,000-square-foot facility for the commercial manufacturing of allogeneic and autologous cell-based therapeutics.”

Perhaps the most intriguing addition to the manufacturing boom is the high-tech facility being constructed by Anemocyte in Europe, named the Exellula Project.

As stated by Anemocyte: “The Exellula Project provides for the redevelopment, partly completed, of the current Anemocyte headquarters at the Insubrias BioPark in Gerenzano, Varese, and a further expansion which, over the next three years, will lead to the construction in a town near Milan of an innovative centre entirely dedicated to the contract development and production of cell and gene therapies, which in its initial phase of implementation, is expected to triple the company’s current GMP capacity.“

Anemocyte is taking its investment into the sector ever further by developing drones to transport cell and gene therapy materials, which will contain special cryogenic storage systems to control the temperature of living therapeutics during flight. It’s developing this technology in collaboration with RPS Aerospace S.r.l.

Construction of the Exellula facility represents one of largest private investments into contract manufacturing of cell and gene therapies within Europe, with 2000+ sq. meters of GMP and GMP-compliant facilities being constructed for the production of ATMPs, accompanied by 500+ sq. metres for R&D activities.

MaSTherCell S.A. also signed a March 2019 lease agreement for a 5,700m2 facility in Belgium that will open its doors in early 2021. The site will secure MaSTherCell’s position as a leading CDMO in Europe and focus on the production of late-stage and commercially-approved cell and gene therapy products.